We are about a week away from the release of UPSTREAM. The CD Release show at the Middle East Downstairs is onsale now: ( http://www.ticketmaster.com/the-rationales-the-curtis-mayflower-middle-east-downstairs-cambridge-ma/venueartist/337303/2387594 ) Be Sure to grab your tickets and don't miss your chance to see this great show: OldJack, Red Red Rockit, The Curtis Mayflower and Nate Rogers Join us for what promises to be a night to remember. 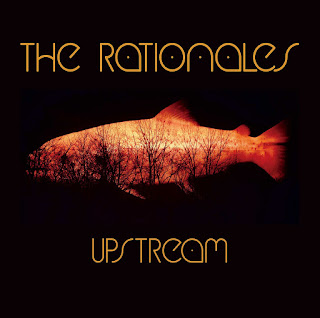 Speaking of upstream - the first couple of reviews are in.  Check out some highlights:


"The Rationales have burst through the summer of 2017 with their latest, and in the eyes of this music fan their best-to-date release, Upstream." "electrifying guitar work and summer day anthems" "a genuinely independent sound that nods to the forerunners while maintaining a strong presence in their own skin. Fresh assemblies of a truly American sound, hinting off and on at moments of great 90s alt-rock, combined with shredding breaks and truly energetic, unrestrained releases. Upstream amounts to one hell of a record." "Upstream solidifies The Rationales. It feels as though everything they’ve worked for leading up to this album has, in retrospect, been a struggle to find themselves. Well, here they are. This is The Rationales I’ve been waiting for. This is The Rationales I wanted. This is The Rationales I didn’t know I needed in my life."
- Nanobot Rock (Click for Full Review)

"a lush rock sound" "electrifying riffs and solos that are just jaw dropping. " "With songs of loss, regret, nostalgia, and longing... you feel like you’re riding shotgun with Mirabella on the back roads in New England as he tells his stories." "the electrifying guitar opener, “Ready to Go” is driving, swirling with electronic sounds and heavy beats... the ripping guitar solo gets the adrenaline pumped up for the rest of the album." ““Trade You” takes the rhythm into Dire Straits territory. That infectious groove takes hold and refuses to let go. It’s easily my favorite off the album." “All the While” kicks things up a notch again. David Lieb shines on this track with his saloon piano styling. " "Another highlight was “Climb the Ladder,” The song starts with an Americana sound as it segues into a piano breakdown. Mike Mirabella’s vocals layered over the piano chords gives it a haunting touch. It’s slow moving, but that changes as it gradually intensifies into a screaming guitar solo"
- On the Flipside Music (Full Review)